Who they? Kanthi’s a Brighton boy who grew up in South India eating the kind of fine food he now treats customers to at Curry Leaf Cafe in London-by-Sea, plus the venue’s offshoots at the city’s train station and Temple Bar. Tom was a music-obsessed kid who toured America in pursuit of the punk bands he adored. Then he fell even harder for the food – specifically, that of the Deep South. Now London-based, trading at Pamela in Dalston and Druid Street Market, his business Decatur caters for anyone with a taste for slick, sophisticated Southern food.

Why it needs to happen: In short, Southern soul food from two lovely fellas for whom home (in a spiritual sense where Tom’s concerned) is where the heart is; and for whom great plates are how they bring those flavours home to you. 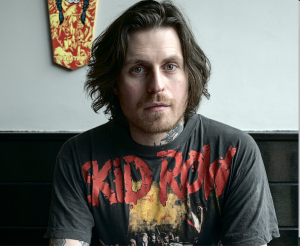 Who they? Chefs with pedigree, chum – Pratap’s ex-Cinnamon Club; Lee ex-St-John. The former is a prolific pop-up purveyor; masterminding menus for everything from Alice in Wonderland premieres to perfume-inspired supperclubs. The latter can be found getting his grill on at Black Axe Mangal, his diminutive Highbury restaurant that’s fuelled by fire and rock’n’roll.

Why it needs to happen: Both chefs are culinary magpies: they see some shiny ingredient or technique; they want it; they beg, borrow or steal it; and they make it their own. And both have the swagger to carry it off – see the Lee serves up at his not-at-all Turkish mangal, like Mission Chinese quail or kale made Middle Eastern with preserved lemon; and Pratap’s pop-up feasts, featuring dishes like Applewood smoked paneer, South Indian spices, honey and mint, or spiced chicken liver pate, saffron flatbread, toasted seeds and agave. Individually, they’re superb. Together, one suspects they could be supercalifragilisticexpialidocious. Or however you spell it.

The Thrill of the Grill: Abdul Yaseen X Pitt Cue 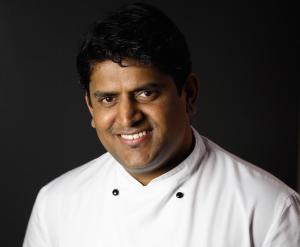 Who they? Abdul might be a city boy, but you’ll find him in the kitchen, not an office. That label merely denotes his location; both in his former role as head chef at Vivek Singh’s Cinnamon Kitchen and his current incarnation as chef-patron of the elegant and excellent Darbaar by Abdul. The latter is the chef’s debut solo project; and, in flying the nest, he’s soared. Indian Royal Court cuisine is his thing – rich, aromatic stews, game and other meaty treats, and fine food from flame.

Tom Adams and Jamie Berger are the Pitt Cue crew; first founding the company five years ago as a food truck before opening a cosy and crazily-popular restaurant in Soho, which has now moved to a seriously slick city site – the diminutive original reopening, aptly, as Little Pit. The guys’ grills are great, but they go far beyond barbecue, with an open kitchen turning out meaty marvels like pig’s head scrumpets and rabbit broth with house-cured bacon.

Why it needs to happen: Because barbecue is big business – and both Abdul and the Pitt Cue two are the business at bringing the thrill to grilled food. Both restaurants are the sort of spots you opt for when you’re after a big fat feast, and, given the infamous Indian love of whiskey, Pitt Cue’s long list of bourbon and rye would only add to the allure.