Don’t be a fool this April. From heritage Pakistani cuisine to twisted Indian street fare via Sri Lankan short eats, use that much-missed extra hour of daylight to seek out more desi delights for mind, soul and mouth…

THE RESTAURANT: Scarfes Bar at The Rosewood Hotel 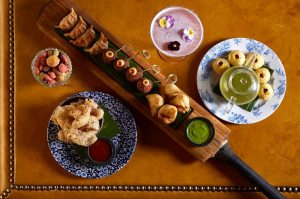 What if I told you you could get innovative, authentic and all-round exceptional Indian food on High Holborn? Well, you can – in the rather unlikely location of the Rosewood Hotel’s swish Scarfes Bar; a space that resembles a luxurious library (if libraries housed expansive back bars…).

Head Chef Palash Mitra is the man who masterminded the menus. During the day, munch a lunch of saffron-tinged Hyderabadi lamb stew, prawns steamed with the classic Bengali combo of coconut and kasundi, and Keralite beef biryani, first popularised in God’s Own Country by the Mopillah community.

In the evening, attack bar snacks like lobster momos, gunpowder chicken, hog jowl and marrow fat pea samosas and chilli curry leaf pork scratchings – great grazing for those working their way through the cracking cocktail menu and enjoying whatever form of live entertainment is occurring that evening; from jazz and soul right through to blues and cabaret shows.

THE SUPPERCLUB: Papi’s Pickles at The Elmore Jam 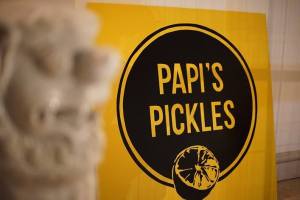 For a little dose of South Indian and Sri Lankan sunshine in London, look no further than Papi’s Pickles’ latest pop-up, where you’ll get the chance to sample the social enterprise’s eponymous condiments. The evening is BYO, so keep in the Sri Lankan spirit quite literally by taking along a bottle of Ceylon arrack – or, for an equally-roaring evening, a few Lion beers.

What’s on the menu? 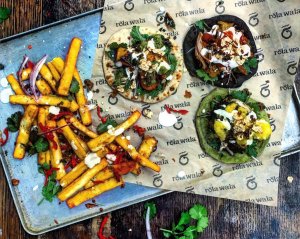 Aussie Mark Wright gets it right again with his latest load of ‘twisted Indian street food’, served up by his rola-rollers on Friday and Saturday nights at Street Feast’s Hawker House venue in Canada Water. Rola Wala‘s ‘Slides’ encompass flame-charred coriander chicken on spinach & methi naan, Goan roasted pork on black charcoal & pepper naan, and paneer 65 on classic naan. Don’t decide ‘Sides’ are unnecessary; especially not the amchur-and-chilli-spiked paneer 65 ‘chips’. They’ll have to ‘rola’ you out… 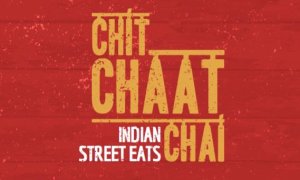 THE COOKBOOK: ‘Summers Under The Tamarind Tree’ by Sumayya Usmani 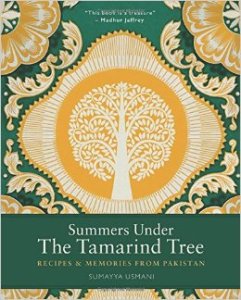 Legendary food writer Madhur Jaffrey loves Sumayya Usmani’s debut Pakistani cookbook and so do I. Add it to your wishlist and/or bookshelf and look out for a full review later this month. 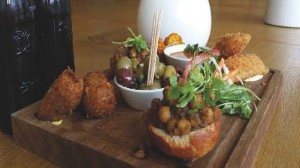 Get ‘Goan’ over to Waterloo and let Cyrus and Pervin Todiwala and the Assado team introduce you to the flavours of India’s smallest state. Goa’s lingering Portuguese influence means dishes are often tomato-rich and chilli hot; almost akin to Med fare amped up rather nicely with spice. From spicy sausages and fish pickles, roasted pork belly and complex lamb curries through to egg-rich desserts like pasteis de nata or the many-layered bebinca, Goan food is easy to fall for yet hard to come by – and there’s no better way to discover it than with the Todi two. 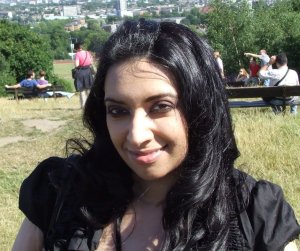 From keen amateur at-home chocolatier to finalist in last year’s Great British Spiced Chocolate Challenge, Anber’s creations just keep getting better. Little Black Cat Gourmet’s chocolates are well-executed, beautifully-presented, and often take flavour cues from India – think jasmine, cardamom and rose. Rumour has it that their maker will be treating guests at TABL‘s forthcoming inaugural blogger social to a taste of her talents – so expect a lot more hype around this very cool Cat soon. 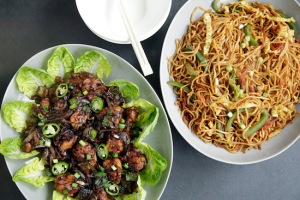 A little bit Chinese, a little bit Indian… what could be more lip-licking or tastebud-tickling? Bengali domestic goddess and all-round raconteur Mallika nails a dish whose origins lie with the historic Chinese community of Calcutta. Click here for the original post – and the recipe for the Hakka noodles shown in the picture above.